How Nehemiah Illustrates the Clarity Model I want to encourage you from the life of Nehemiah. Additionally, the account of his coming back to Jerusalem and rebuilding the walls provides a practical illustration of the Clarity Model.

The Clarity Model has its genesis in the Scriptures. Over and over again we see common aspects of God’s ways toward man repeated. Once discerned, these ways of God can be of great practical value in our own lives and as we help individuals and organizations around us.

The Clarity Model recognizes five areas in which God speaks and acts. These are:

The account of Nehemiah is but one passage of many in the Scriptures that informs and illustrates The Clarity Model.

While in Susa, far from the land of Abraham, Isaac and Jacob, far from the land that had seen the glory of David and Solomon, Nehemiah inquired of some travelers from Judah about the Jews who had escaped captivity and about Jerusalem, a city dear to him.

The report was short and painted a very clear picture for Nehemiah. The people left in the land after it was conquered were now in distress. The walls of Jerusalem were broken down and the gates had been burned. Nehemiah not only knew that it was true, because it came as a first hand report, but he was very concerned about it.

The Importance of Clarity

Unless we clearly see what is, and imagine what can be, it will be very hard to set meaningful objectives to aim for. Whether it is in my personal life, family, ministry, work or in leadership, getting clarity is vital. Whether it is with your teens, serving at church, serving in government, managing people or running a Fortune 100, clarity rules.

Nehemiah felt the impact of the news he had received. It brought him to tears, caused him to review all that God had said and drove him to prayer. He realized God was interested in His people moving in one direction … back to “the place where I have chosen to cause My name to dwell.” The conditions that could drive this movement, Nehemiah reviewed, were a return to God and those things which he had prescribed for His people.

In his mind an idea began to take shape, a vision of Jerusalem with rebuilt walls and new gates, a city safe for God’s people to live in and worship freely. His heart was right, his mind and passion engaged but his ability to realize such an outcome was impossible.

The Importance of Outcomes

Desired outcomes create pictures in the mind of finished products, achieved goals and transformational results. Outcomes create palpable targets for which to aim and apply all we are and can bring to bear. Outcomes inspire. They determine both the direction and the destination. They provide a beacon of light toward which we travel with purpose.

This desire in Nehemiah’s soul for God’s dwelling place was no slight matter. He didn’t simply agree that it would be something he’d love to hear about happening some day. He took ownership of the dream as his own. Something deep had happened in this man that lay there awaiting the right opportunity to express itself.

And that opportunity did present itself. God, who planted the idea, provided the stage on which to execute it. The king who Nehemiah served so intimately, inquired why, in his presence, Nehemiah looked so sad. From a simply humanistic view of the situation, this inquiry could have gone very badly, but we are privileged to know that God was behind it all.

Nehemiah’s heart was revealed. The depth to which he had taken Jerusalem’s problem as his problem and God’s solution as his motivation became apparent. Nehemiah was allowed to present a well thought out plan to the king that would see him personally return to Jerusalem and begin the rebuilding process himself. While this could have been his end, his ownership of such a grand idea which found its source in the Almighty opened a door no one could have imagined.

The Importance of Ownership

Taking ownership raises taking responsibility to a different plane. It releases the energy to pursue with passion and achieve far more than may previously have been thought possible. Ownership brings grand visions down to executable ‘musts’. Ownership goes beyond simple commitment; It locks in the goal and makes it personal as if nothing else were more important. It is on this very issue of taking ownership that personal or organizational initiatives rise or fall. Ownership will sponser perseverance through the rough times. It will create the passion for excellence and effectiveness. Ownership will determine attitudes and be reflected in all that follows.

Nehemiah created structure for the king. His ‘master plan’ covered all the practical necessities to achieve those things he so passionately put before his ruler. Nehemiah saw God’s gracious hand bringing the king into agreement with what needed to be done. He then set about bringing permissions, resources, Jerusalem’s leaders and those willing to put their hands to the work into alignment with achieving the most ambitious plan undertaken by God’s people for many, many years. A practical man of faith, Nehemiah oversaw the turning of a dream into a reality. It was a well organized and orchestrated work, clear in its objectives and passionately pursued because the people assumed ownership and believed God.

The Importance of Structure

When people, plans and resources are in alignment – projects, programs, companies and causes can experience good success. They move ahead with greater effectiveness and are characterized by a quality of vibrancy others around them lack. Individuals, volunteers or whole work forces are engaged. Priorities are crystallized in everyone’s minds and energy remains focused on achieving those things that matter and best move toward stated objectives.

Those walls Nehemiah and the people set out to raise were built in record time. All along the way Nehemiah watched the progress, responded to the challenges (and there were a lot of them), made adjustments as needed and kept this eye on the final product and just why God had him there.

Several times the work could have come to a halt or reduced to an indefinite stall. Probably many times Nehemiah resisted the urge to allow the people to give up. He was clear what God had said and he knew that if God desired those walls to stand and those gates to lock, God would Himself oversee it’s completion. We all marvel at the leadership Nehemiah displayed as he worked with so many people to rebuild. To this day we point to just how fast those walls went up in the face of so much opposition, potential discouragement and the utter ruin all around.

Nehemiah’s future was decided in a moment. His initial response to the king sent him on a journey that God has seen fit to record for our learning. His behavior creates a picture for us of our Lord Jesus Christ and His work of building and creating something spectacular. What a wonderful historical account.

The Importance of Momentum

So much has failed for lack of getting started. So much has floundered for lack of keeping going. And so much has remained second best for lack of reaching for the very best and settling for less than. Momentum always has as its object a clear direction or well defined objectives or both. Intentional and decisive action, examination of ongoing results and being ready to make needed adjustments are the stuff of getting it done, of seeing good things happen.

As I said, I hoped to encourage you with a short review of God at work in and through Nehemiah.

Additionally you have seen five areas of God’s activity that are, as far as I can tell from the Word, common to our human experience. This should not surprise us. God is a God of order and not confusion. He has created a world that has structure and pattern. You can count them on one hand – five elements that if paid attention to can inform us of where we might need to take action or where we might best zero in for further thought and attention.

These are the five elements of The Clarity Model. You are invited to consider training in what has been called “the Swiss Army Knife of coaching,” because of its practical usefulness in almost any situation. And it is not limited to coaching, but can be used anywhere troubleshooting, good planning and decisions are required in life, work or leadership.

The next Clarity Model Training for Christian coaches starts in October. This is advanced training on an extremely flexible tool for existing Christian coaches. Registration is limited and we already have people signed up. I would anticipate the course filling up shortly. For further information, click here.

Executive Coach, Gary Wood works internationally with leaders, executives and organizations to beat burnout and less stressfully but more effectively move forward significant causes, projects and programs. Gary’s “Clarity Model Training” and book, “52 Solutions for Those Who Need a 25 Hour Day” assists those serious about improving effectiveness and knowing or helping others know, what to do next. Gary’s website is www.gewood.com 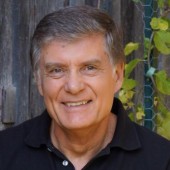 CCNI Podcast is Now ON THE AIR