If You Hired Jesus 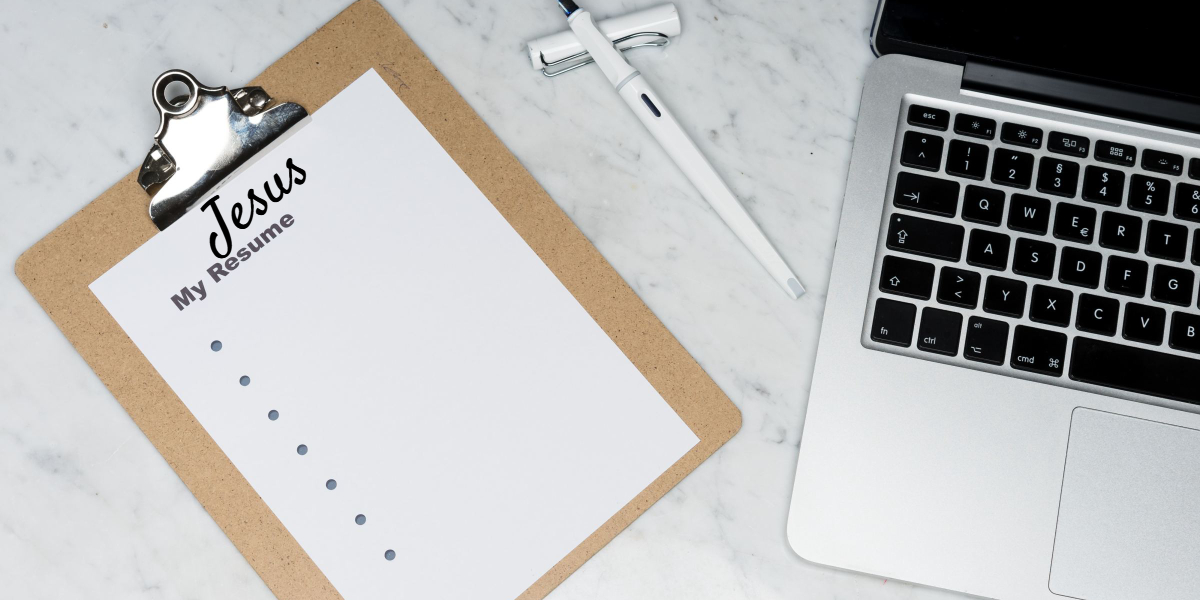 by R.A. Weigel, Ed.D, CCC, CLPC, and President of CCNI

If you were in the position, would you hire Jesus? If you were considering his resume, would you be concerned that he doesn’t have enough schooling, background, or degrees to do the job? Would you think that his lack of certifications with some of today’s popular acronyms to be a limiting factor? Would you wonder why he spent so many years as a carpenter before suddenly taking on a leadership position – and that didn’t seem to end very well? Based on what he listed on his resume, would you think that he might be more qualified as a healer, gardener, grocer, teacher, or systems engineer? Perhaps you’d think he’d be better off if he would look for a position in public relations, employee instruction, weather forecaster, or as an intervention specialist? You wonder, do you really need someone who seems more suited as a coach, mentor, teacher, consultant, or counselor? Perhaps he’d be a good addition to an HR department? If you hired Jesus, would it be difficult to find the best fit for him?

As you read over his cover letter you realize he doesn’t use politically correct words and he seems awfully direct. You notice he likes to tell stories with messages that make people think. He asked some rather uncomfortable questions in his cover letter, so you wonder how much he’ll do that in person. Based on how he talks about his work with the community and religious leaders, you’re just not sure he can fit in with your company culture. You also wonder if the other employees might find him too opinionated, outspoken, or rigid. His letter also seems a bit too passionate, narrowly focused, and it reads kind-a prophetically. What does he do for fun? What are his hobbies? What about his family, especially his father? Why does he move around so much and why in the world does he list a few fishermen, a tax collector, his mother, and even a woman with a shady reputation as character references?

Even if you considered hiring Jesus — how are you going to place him in the right position? Would you give him some type of placement, personality, or abilities test? Would you consider him overqualified, underqualified, and would he be capable of meeting the ever-changing required governmental standards? If you finally hired Jesus, would you, and everyone else, listen to what he had to say, or do you think he’d be ignored? Would his insights, advice, decisions, and suggestions get other people complaining because he made them uncomfortable? Would you allow him to advance in your organization or would you put limits on him because he’s a threat to the status quo? What would you do if he challenged people or told them uncomfortable things about their future? When he came to team meetings, how much time would you give him to talk? What if he started describing how things really worked, shone a light on the elephant in the room, or started questioning your traditions? Would you feel threatened by his insights – or would you allow him to speak freely? If you hired Jesus do you wonder if he might take over the organization or find it so corrupt that it had to be shut down?

If you hired Jesus, would you be concerned with his consistent talk about putting God first? How much do you think that will make people uncomfortable? What if his strong stand on what is right, (and what is wrong), led to lawsuits because people in your organization got offended? What are you going to do when he opposes all forms of political correctness? What will you do when he states that God’s law has to be followed and he refuses to comply with government standards that are contrary to the Bible? What if his work and words made you and everyone else look incompetent? And… how will you justify that he just doesn’t seem to fit in with the rest of the world?

Well, the good news is – you’re not in a position to hire Jesus. But other people are in the position to hire you. Wherever you work, wherever you go, whatever you do, whatever product you sell, whatever service you provide, and whatever work you do in the future – as a Christian, they are not only hiring you – they are also hiring Jesus. Isn’t it time you realized that you and Jesus are fully connected?

Jesus Christ’s resume and cover letter defies the limits that the world puts together when they are looking for someone to fill a job or position. That means – you defy their limits too. As a believer, you have Christ in you. (Colossians 1:27) That reality may make some people think twice about “hiring Jesus” but at the same time, there should be no doubt that the “Christ in you” will benefit any place you work. Everything in life is spiritual and that is a reality that no Christian should ever forget. So, it is essential for you to recognize that every system is either working in the light – or sowing the darkness. There is no neutrality in this world. If an organization is working in the light, they will want you. If they are sowing the darkness, the light of Christ in you will blind them and they won’t know why they don’t want you, they just won’t.

If Jesus was in an organization, that organization would prosper and grow exponentially, (Matthew 14:17:21), and they would always do what was right. If Jesus was hired, he has the potential to bring additional help from over 72,000 angels. (Matthew 26:53) Because Jesus is so highly qualified, why would you ever doubt that you’re qualified? With all things being equal, you are more highly qualified than any unbeliever could ever be. Yet, if an organization wouldn’t want Jesus – they probably won’t want you either. You should never doubt that your presence is exactly what every organization or business needs. You are the light of the world (Matthew 5:14), and your Christian credentials supersede the world’s credentials, every time.

It’s time to stop thinking that you have to adjust to the world’s standards in order to be qualified. As a believer, it’s okay to stand out and stand apart. You are someone that God has set apart to do incredible things during your life. (Titus 2:14) Stop thinking that life should be fair because if they wouldn’t hire Jesus – you may be looking for work in the wrong places.

Certainly, you need to get whatever training is necessary so you can “know that you know” how to perform some skill or have some knowledge that people are willing to pay for. You should never pass yourself off as being able to do something in which you are not trained. But whatever skill or knowledge you bring to the table, it’s time you recognized that the “Christ in you” amplifies that skill or knowledge above the unbeliever. Don’t let the systems of the world tell you that you’re less – when God’s word clearly tells you that you’re more. (Ephesians 2:10)

When Jesus walked along the shores of the Galilee— he didn’t call the qualified to walk beside him— he qualified the called. Throughout all history, God has continued to qualify those he called. So, stop doubting yourself. And stop doubting your Christian brothers and sisters. Together we make up the body of Christ and together we can do great things – greater things than the world can imagine. And if the world’s systems are so stupid that they don’t want to hire Jesus, then start your own organization, business, movement, or trade. Trust God to open the right doors, shut the wrong windows, change the circumstances, and move mountains.

Every day, no matter what you are doing, you are to work as if God is your boss, Jesus Christ is your manager, and the Holy Spirit is your co-worker. When you’re working with that dynamic team, you really can do anything.

Matthew 17:20 (NLT) – “You don’t have enough faith,” Jesus told them. “I tell you the truth, if you had faith even as small as a mustard seed, you could say to this mountain, ‘Move from here to there,’ and it would move. Nothing would be impossible.”

Rich Weigel has an extensive background in leadership with over twenty years leading school districts. In addition to establishing his new business as an Executive and Leadership coach, he was an adjunct professor for Olivet Nazarene University providing instruction for Strategic Leadership at the doctorate level. Rich has served as CCNI’s President since January 2020. He can be reached at proedcoach@gmail.com. An Introduction to Capacity Building